This is an idea I’ve been meaning to try for a while. I wanted to install magnetic reed switches on our kitchen windows for the security alarm. The kitchen is the most likely place where an intruder would try to enter because the window is low and out of sight. The good thing about reed switches is that the alarm will activate as soon as the window is pried and before any one actually gets inside the house.

I didn’t want to use the bulky white plastic reed switch/magnet combination sets. I wanted the install to be completely invisible using glass reed switches 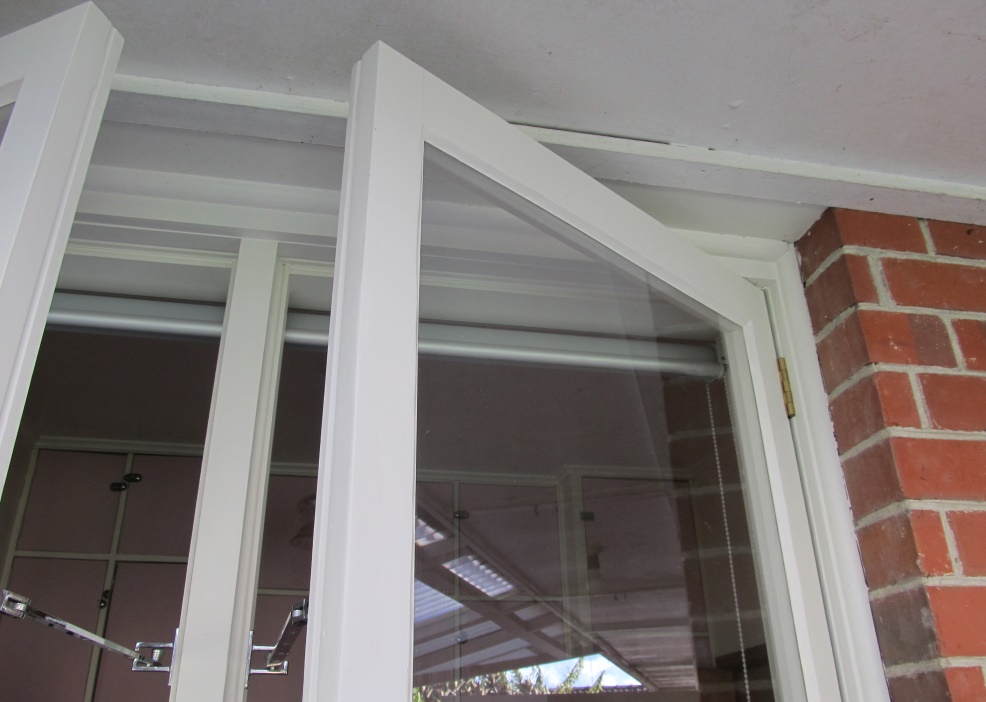 Kitchen windows before starting the project. 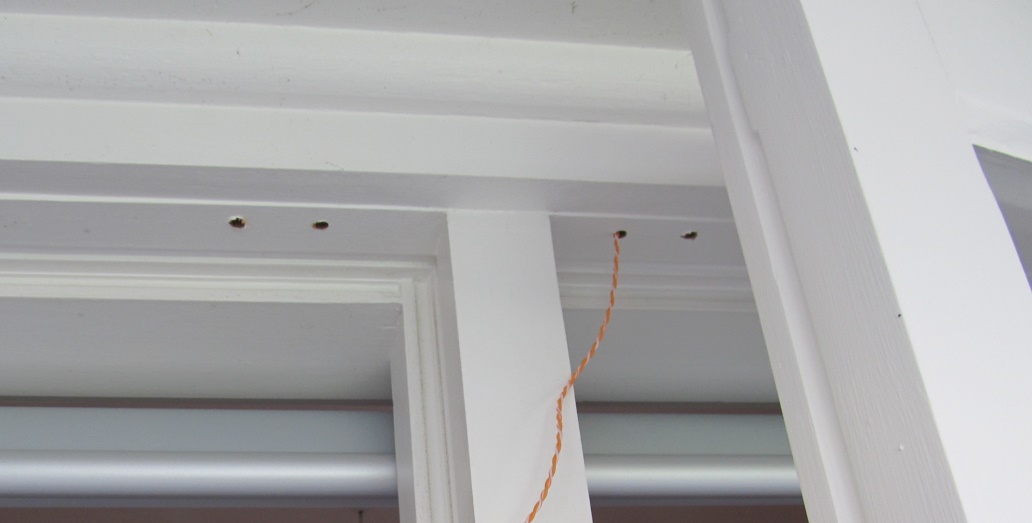 I first lifted a couple of tiles on the roof above the window so I could see what I was dealing with and to make sure there weren’t any mains cables near where I would be drilling. I drilled holes for each lead of the reed switches. These had to be drilled up at a slight angle facing away from the house so as to avoid the header above the window frame. I then pushed up some draw wires. 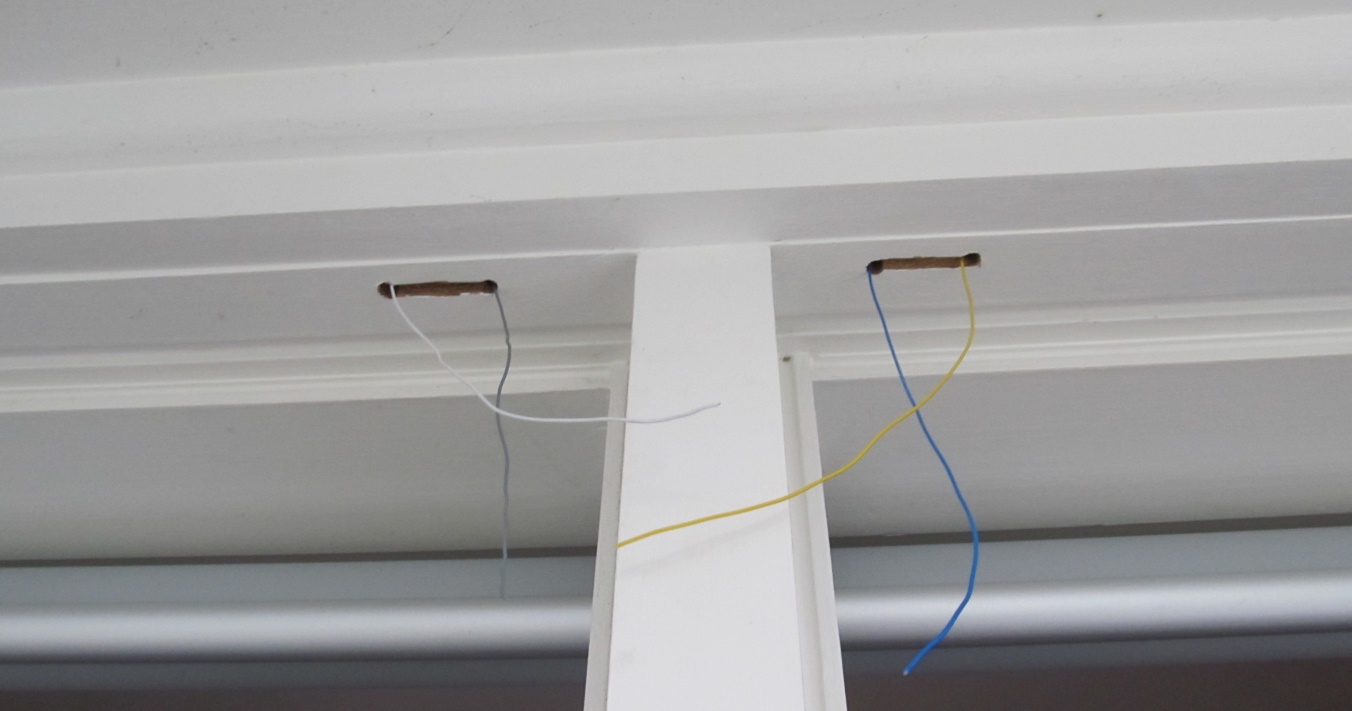 Using a chisel I cut a slot just slightly deeper then the thickness of the reed switches. 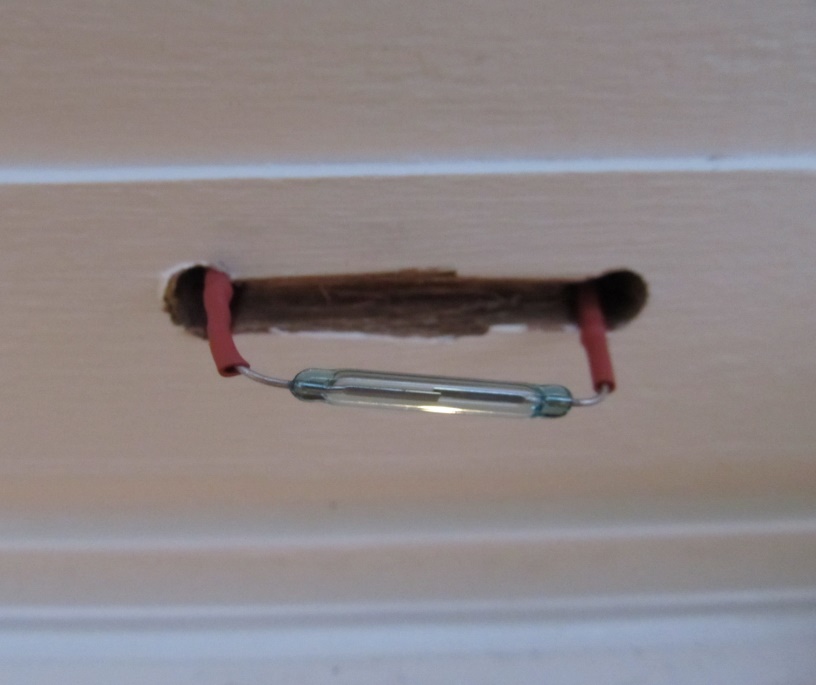 I soldered in and heat-shrinked the reed switches. My Weller Pyropen

is brilliant for this kind of work. 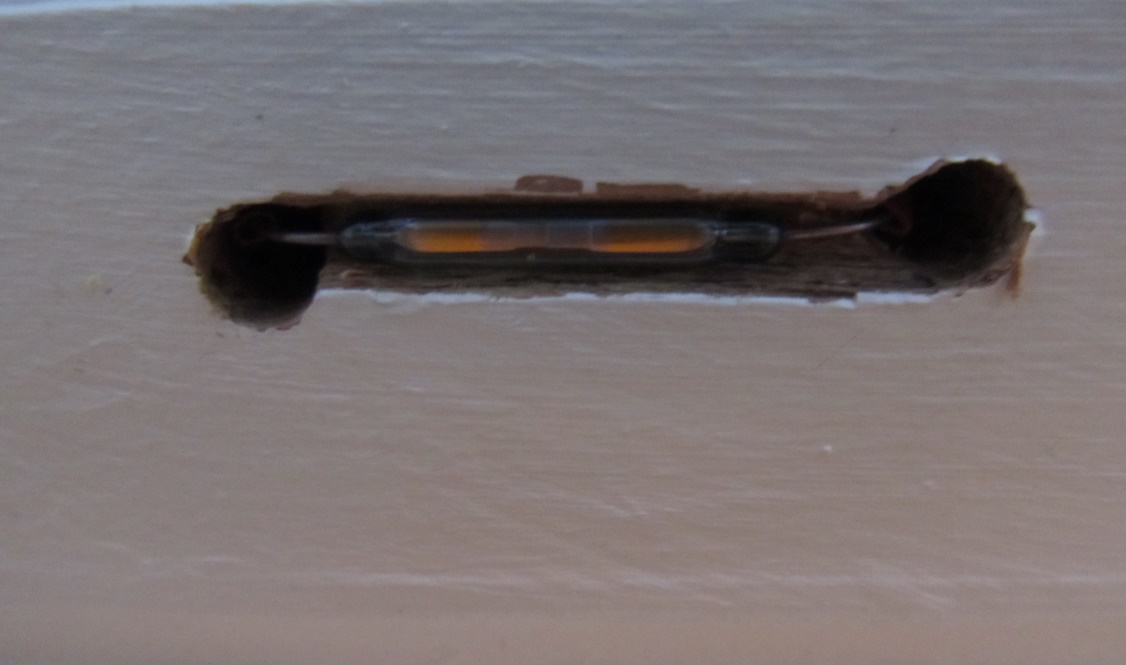 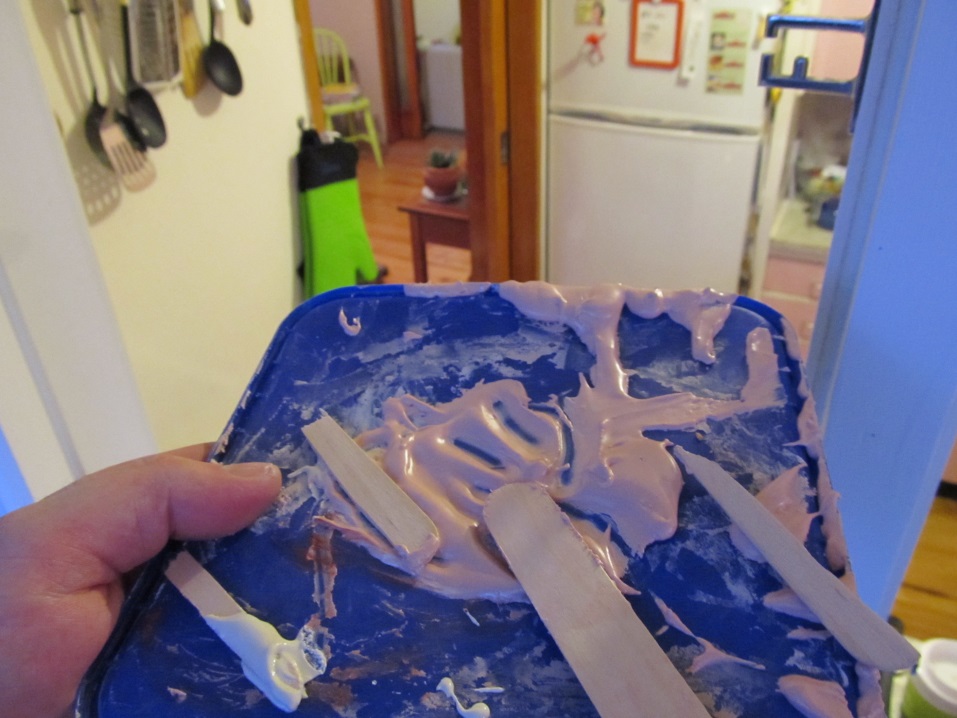 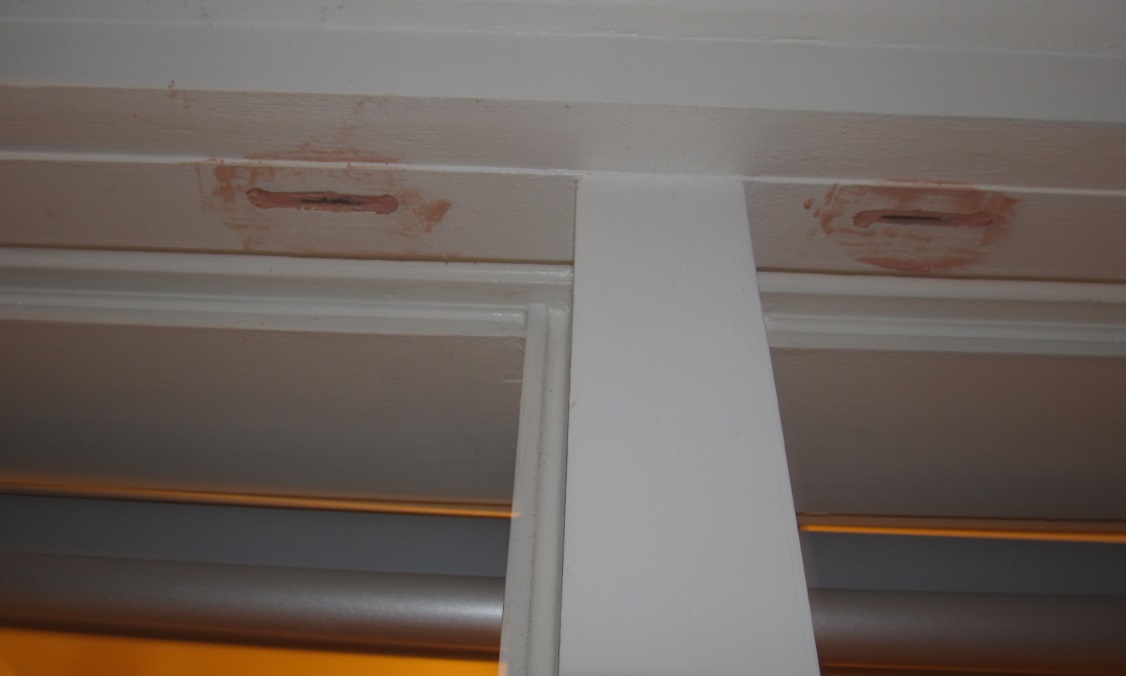 Once the filler has hardened it is sanded and then a thin then layer of wood filler is added to make sure the surface is flat and smooth. 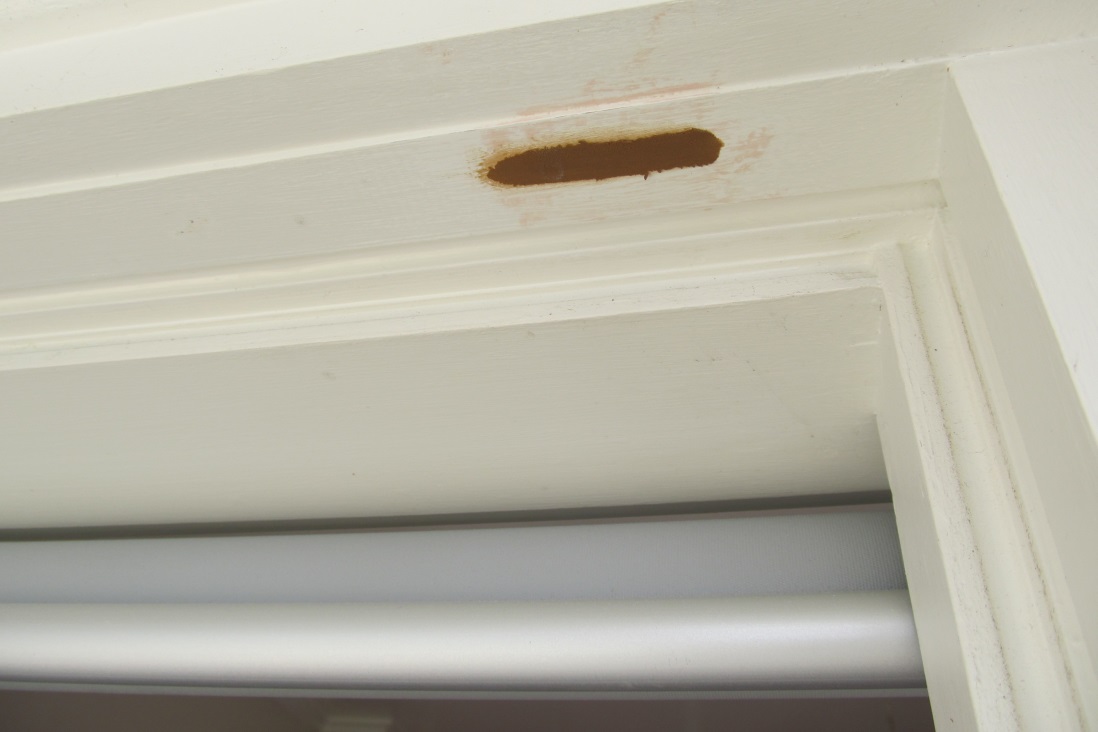 Finally the surface is sanded, primed and painted to restore the window frame to it’s original state. 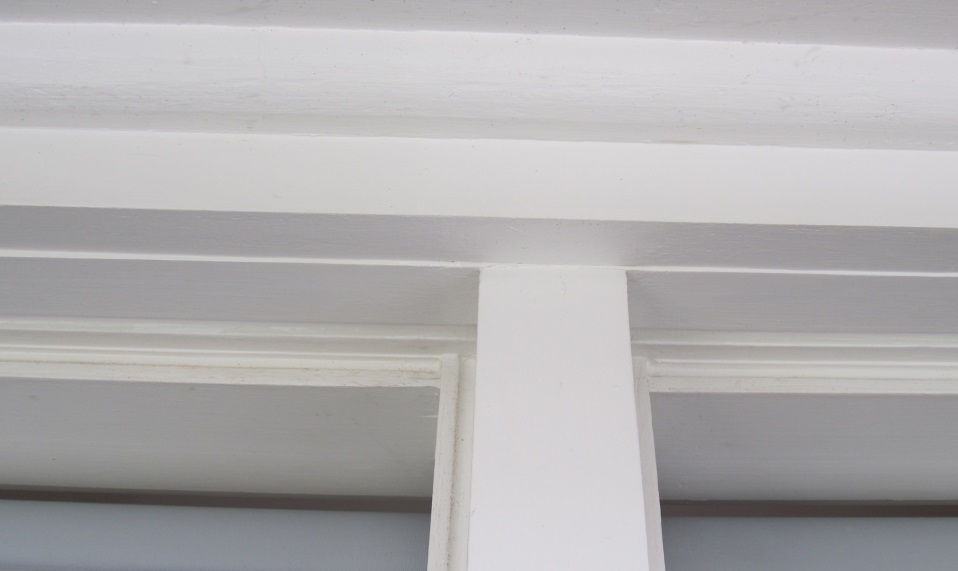 The only thing left to do was to add a small neodymium magnet to the top of both window sashes. I first used double-sided tape to position the magnet and find out where it needed to be glued, then glued it in place with epoxy. 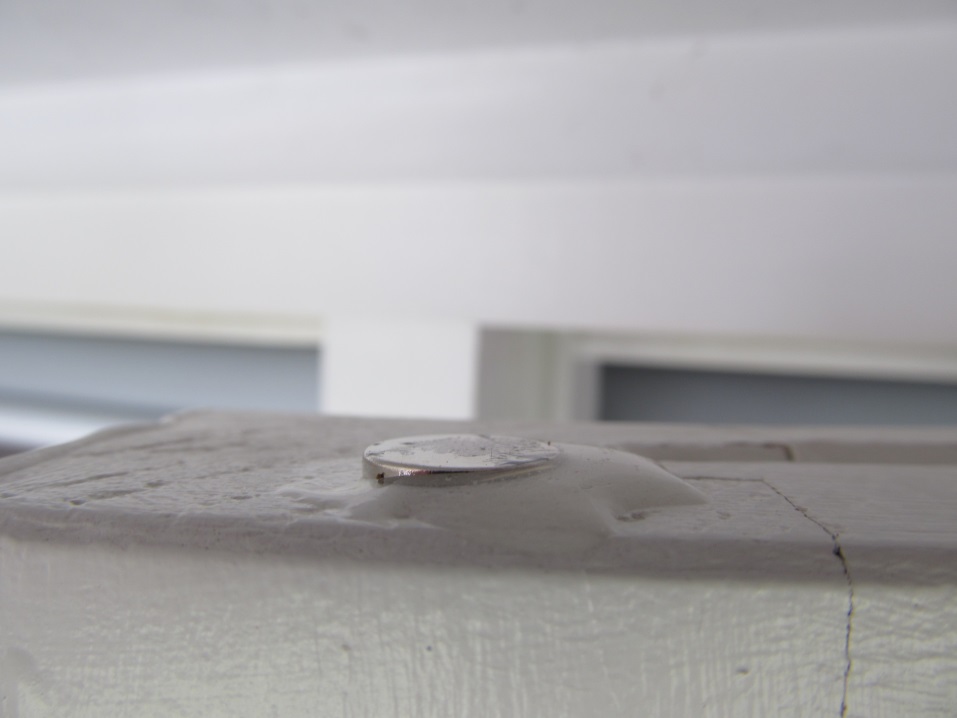 Done! Totally invisible reed switch install. Hopefully this is useful to someone. It’s really not much harder than doing an install with plastic units and looks much tidier. Most of the work is in running the cable to the right place which you have to do either way.