This is a quick recipe to build a transparent firewall and packet mangler. This can be used for things like SD-WAN testing where you place it transparently in-line between the WAN port and the uplink and use it to limit bandwidth, add latency, introduce packet loss/corruption, and block destinations. You can also use this arrangement for packet capture.

You can use a server, desktop, or VM with three network interfaces running Ubuntu Server 22.04. One NIC is for management and has an IP address so I can SSH to it. The other two NICs are configured in a bridge. I did my testing with a Hyper-V VM. For a VM make sure MAC spoofing is allowed for the two bridge NICs. 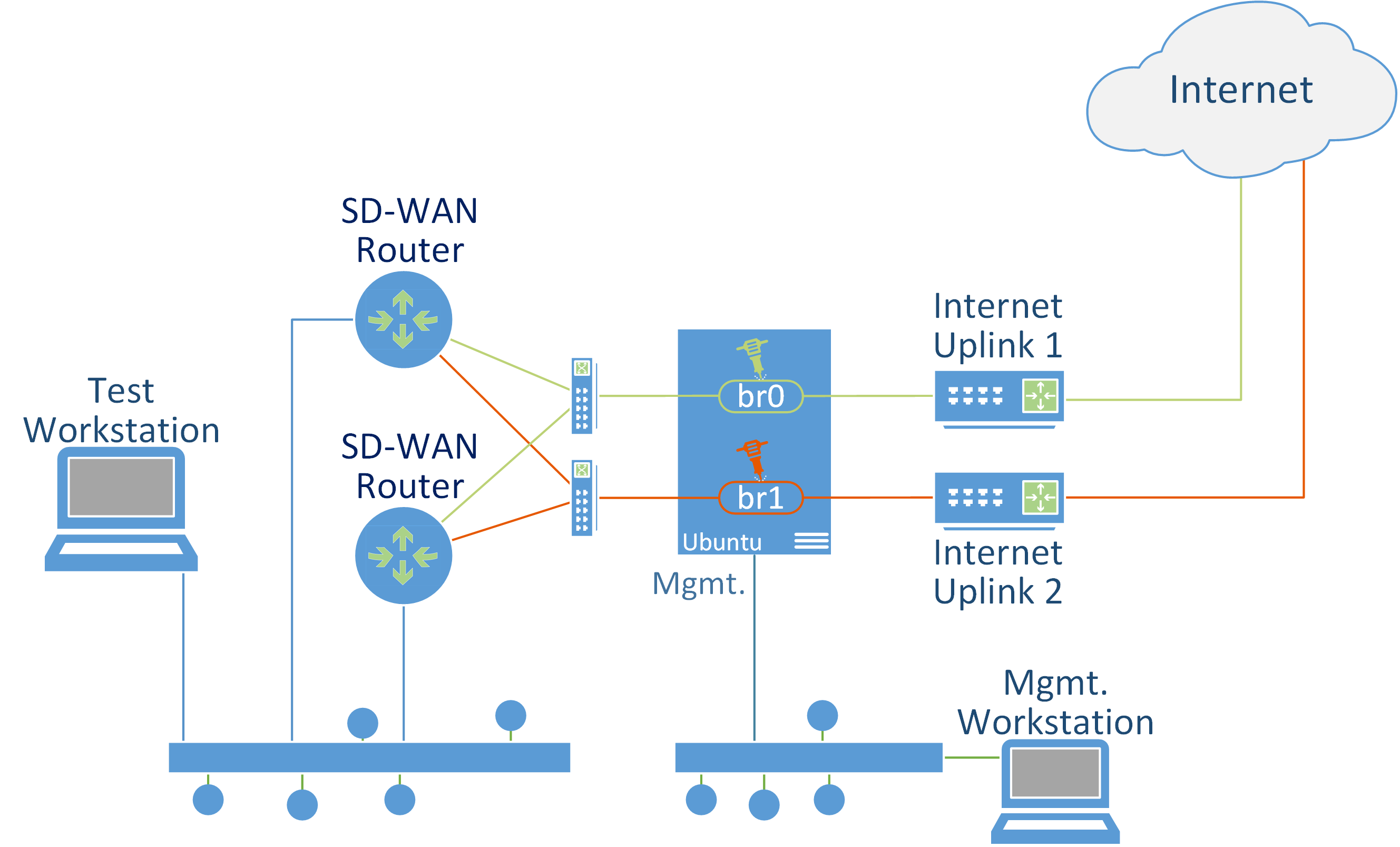 I’m not going to go in to too much detail, just the main steps to get you going. Let me know if you have any questions and I’ll update the post as needed. The main tools we’re using are:

Now that the basic networking is in place, confirm that things are working just as if you had a cable between the router and the uplink, then we can start messing with some packets.

The first thing to consider is that these tc commands only apply to egress (outgoing) packets so if you want to manipulate both directions you need to apply your configuration to both interfaces. Just remember that for round trip latency it will be double. I.e. 30ms will be 60, likewise 10% packet loss on both interfaces will be 20%. I wrote some very basic shell scripts for different scenarios.

The first two lines remove any existing qdisc config then we apply latency and a rate limit.

There’s a lot you can do with tc and plenty doco and articles out there.
Here’s some links for tc:

Here we’ll implement a basic firewall with an accept policy, that is, everything will be allowed unless we block it. This is a bit different to the typical firewall which is normally also a router and controls traffic between two segments. With this config we’re firewalling traffic within the same LAN segment across the bridge. Here are some commands to get you started:

Here’s some links for nft: